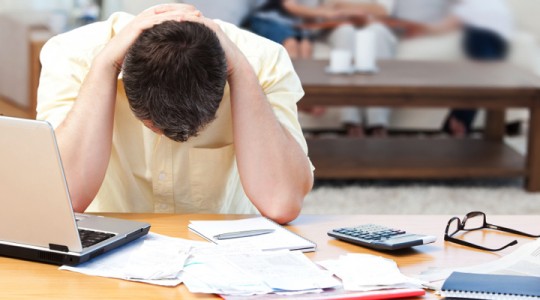 An unfortunate reality of difficult economic times is that layoffs and cutbacks become business as usual.  And economic crisis or unemployment can throw even the best functioning families into emotional turmoil as nothing before it has.

With the current unemployment rate at 7.4% (http://data.bls.gov/timeseries/LNS14000000) plus an untold number of people underemployed and out of the workforce altogether due to having given up looking for suitable employment, it is quite likely that you or someone close to you is affected in some very personal way, such as living with an entirely different set of financial standards than you’ve been used to.

While the financial struggles can be profoundly problematic, the emotional side of a financial crisis is just as difficult. For example, there’s often tension and hostility in a family towards the one who’s unemployed, if he or she is seen as responsible for being unable to maintain the old standard of living.  Additionally, other family members become responsible for taking on more of the financial burden as well as providing emotional and moral support to the beleaguered breadwinner and other family members.

If this is a crisis that speaks to you, here are some tips to help you weather the storm:

Remove the blame-The main emotional culprit of relationship and family breakdowns during a financial crisis is often blame; either blaming the family member perceived as responsible or self blame if you conclude that it’s your fault. In reality, you may not even know the real reason for losing your job (for example, your company can be reorganizing, or trying to find a way to avoid providing healthcare to employees).  But even if in hindsight it clearly was the result of something your actions could have prevented, blame will only fill you with negativity and stifle your ability to problem solve and put the crisis behind you.

Work as a team- Economic crisis is a time that couples and families operate best when they stick together and work as a team to find solutions to the problems that are under your control.  I have seen cases where a breadwinner feels too ashamed even to make their own family members aware of the job loss (but eventually this will come to the surface, so  better sooner rather than later).  If all family members are able to talk frankly about their feelings in a safe environment, it will be much easier to become unified and move forward.

Don’t panic just yet-When you’re consumed by negative emotions, it can be pretty difficult to be competitive in a tough job market and land  the position you want. Collect your thoughts, calm down, and start thinking about your options.  Without the negativity, you may even find that the job loss can be a blessing in disguise and an opportunity to take a next step in your career that was not available in your last position.  Many people have told me that they surprisingly found a job loss—initially seen as a disaster—to be just the excuse they needed to connect with a job related passion they’d been ignoring, which morphed into their next job or business opportunity.

Once you’ve handled these emotional obstacles, you’re more than ready to tackle the logistics: put together that solid resume or business plan, do your networking, work on arranging interviews, and —what I believe is most important— make a major move toward creating the life you really want. In the process, you and your family might find yourselves coming closer together in a way that survives way past that time when this crisis is a distant memory!